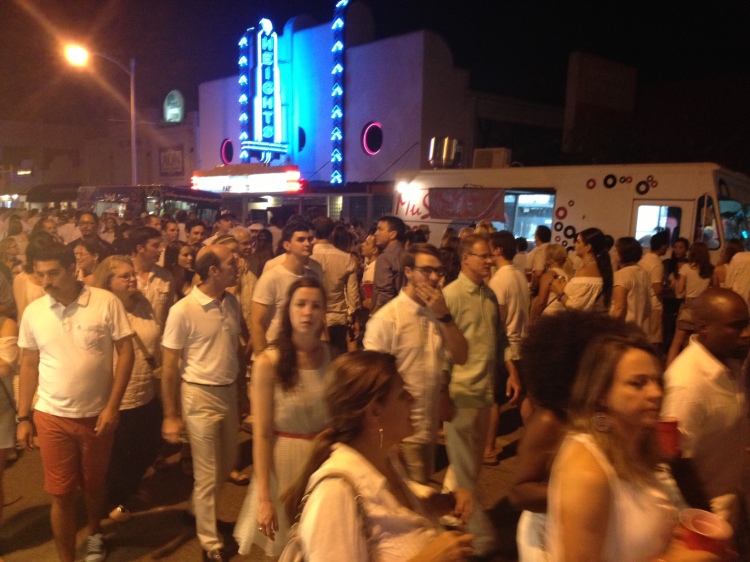 So, I never thought I would see a half-dressed man with his arms crossed, standing with his arms folded, in the lane of the interstate in which I was driving at midnight. I was driving home from White Linen Night in the Heights of Houston. It had been a long and intense day.

My daughter noticed him first, from the front passenger seat next to me. It was exceptionally eerie to see this man standing. It was so startling it took several tries by my phone to recall exactly how to make an emergency call. There were a half-dozen cars behind me, maybe more. He slowly stepped into my lane of traffic and crossed his arms and just stood there, staring.

call 911, call 911, call 911. Called 911, someone else called first and police were quickly with him. Who knows what causes a person to step out into oncoming traffic at midnight, in a dark and lonely part of Texas. We all have reasons for the things we do and perhaps only we understand them though some people are wonderfully insightful at understanding behavior and what causes the reactions and responses we choose. So, maybe I take that back.

But why do we choose our behavior? Surely we are not only reacting in a preprogrammed way from everything in our lives that has come before. Surely we act by choice. I hope so. Ideally, we slow down and listen to that higher power, the knowing inner voice that is inside each of us. Where is that inner voice in times of desperation? Perhaps drowned out by pain, suffering, inner turmoil and loss of hope.

Life is hard for people and life has also the capability to be wonderfully beautiful. I saw a vast difference in atmosphere in the late hours of last night. All throughout the evening, I was surrounded by a mobile crowd of happy, beautiful people wearing white. White Linen Night was lovely. It was overwhelmingly humid and hot, which I wouldn’t normally talk about because that kind of thing doesn’t usually bother me anymore. Anyway, it was hot .. and humid. The people of Houston attended in a never-ending array of gorgeous white textiles.

And north of Houston, someone was living a different life. Someone standing in the road at midnight. Maybe with, in his mind, nothing to lose at the time. Adding to the eeriness, a woman walked toward him slowly, noticeably distant, along the side of the road, head down. It is a haunting scene, one vastly different from White Linen Night. I can still see the crowd in linen. I can still see the shirtless man, wearing shorts, arms folded across his chest looking out at oncoming traffic. He had no hair on his head and he looked straight into the lights. Mine was the first car. The oncoming traffic was not far from him. He could have easily lost his life. His stillness was eerie.

We’re all on this planet together with alternating highs and lows. Some have more frequent lows than others but in this life, we will all have our challenges. The question is: what will we do with those challenges and how are we equipped to make choices that handle them. Are we equipped? What can we do to prepare? Can we prepare for some things and not others? Seek first the questions and then maybe the answers will come to us.

I am tired and exhausted and sore from the events of yesterday. I am resting today.

« White Linen Night in the Heights of Houston
This painter wants to live in more than one world .. »

One thought on “Seek First the Questions”