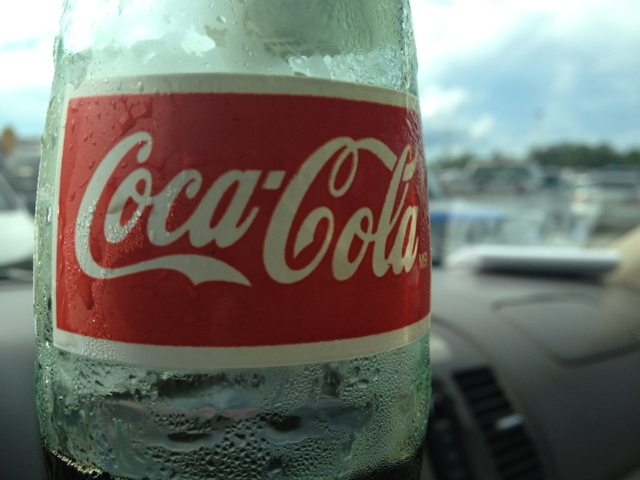 True story: I was at Wal-Mart, this morning. The best time to go, really – if you are ever to approach the giant superstore. I have tried being against Wal-Mart and am somewhat divided on the issue. It is near my new apartment and I know they have the unbleached coffee filters I forgot, this morning. So, when I picked up my daughter, Sarah, from theatre camp, this afternoon, we decided to go again.. . the worst time of day to go to Wal-Mart.

It wasn’t so bad. Life is really what you make of it and bad really is relative. Compared to what’s going on in the rest of the world, bad is a ridiculous overstatement. Oh, I browsed a little. Bought a pair of shorts and a t-shirt for my youngest son, Clive. I’m surprised I actually like some of the fashion Wal-Mart has available or, maybe, I have no fight left in me at midlife! It may have taken Wal-Mart a decade to catch up but they have some decent stuff there, now. I’ve been meaning to look for their Op line since I heard they have it. Haven’t seen it, yet.

Looking at clothes took ten minutes. Check, had what I needed. Sarah found coffee filters. Great to have a teenager to double up with on the shopping. I needed cat litter, too, since the ninety-eight cent cat litter hadn’t worked so well. I bought that kind, last time. I would so love a cat litter to work for that price. Not worth it. Bought the better kind. So trying to be economical. Bought water. If you live in a place with less than desirable water, you might know it is a good thing to have a gallon around for something other than making coffee and even to rinse your face with after showering. Have you ever rinsed your face with bottled water after showering? I highly recommend it for some locations!

Shopping was done and, from the back of the store, I told Sarah, “Remind me I want a Coke when we check out. They have the good kind up there in the glass bottles.” It’s a long way from the back of the store to the front. Last time, from the back of the store to the front, I forgot I wanted a Coke. This time, I did not forget. I found the case next to the register we chose. We found a short line. Unbelievable! There were zero Cokes of the glass bottle variety in the case. Zero. Also unbelievable! I was perplexed. I turned around. I saw the man with all the Cokes. He had a cart full of them! I burst out laughing. I told him those were just the best and I smiled and turned around to my very short line.

A little time passed. I grabbed a Coke in a plastic bottle, the kind with the high-fructose corn syrup instead of sugar. The kind not made in Mexico. The kind without the relative purity of what I grew up with. And, I was getting ready to pay for my stack of items when the man passed by with his cart full of Cokes. But he didn’t keep going. He stopped. He stopped and handed me a Coke on his way out of the store. I love it when people do unexpected things that are so kind! I love strangers being kind to one another. I love sharing, generosity of spirit. I walked after him, smiled, and said, “Now I want to know who you are!” But he wouldn’t have anything of it. He wanted to stay a stranger. And, that’s sweet.

Random kindness and senseless acts of beauty. I’m into it.

« FiNd WhAt YoU lOvE
“Underwater Dive” »

“You can cut all the flowers but you cannot keep spring from coming.” Pablo Neruda ... You are welcome to save this image, share it, print it, make it the screensaver on your phone ... the original is available as silent auction until Monday at noon as described below in the comments.... thank you for taking the time to enjoy this painting... c.s.
This is what happens when an air traffic controller and an artist make a mask .... things get done #beesafe
44 years of marriage; way to go!! @mimimichelene
Yes
Miami forever.....
First New Smyrna, next Miami.... #contemporaryabstractart
%d bloggers like this: